You are here: Home / _Expired / Benecol Spread Class Action Settlement, Claim $20 with No Receipts!
May contain affiliate links. Read disclosure.. Offers were valid at the time of posting, but could expire at any time. All Pictures are for illustration purpose only. Actual product may vary.
Share Share Follow Share Follow View Email 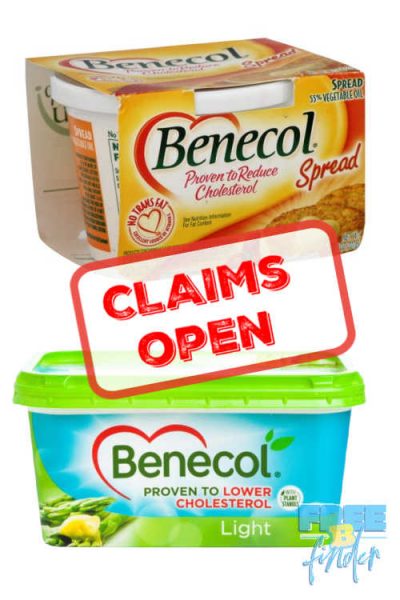 Overview hide
1 Benecol Spread Class Action Settlement, Claim $20 with No Receipts!
1.1 How do I file a claim?
1.2 What’s this settlement about?
1.3 What Products are Included? Where were they sold?
1.4 Who is eligible for a refund?
1.5 Is a receipt required?
1.6 How much will I get back?
1.7 What’s the deadline to file a claim?
1.8 What is a class action lawsuit settlement?
1.9 Want more like this?
1.10 Don’t miss another freebie! Get Instant Freebie Alerts here! Find the Newest Freebies posts here! Then, JOIN all of our FB Groups!

Hurry! This is your last chance to claim $20 without receipts in the Benecol Spread class action lawsuit. Because, the lawsuit alleges that Benecol Spread falsely labeled its product “No Trans Fats” when, in fact, they did contain trans fat. The company denies these claims and the case has been settled out of court. The settlement is known as the Keurig Indirect Purchasers Antitrust Settlement. The case is known as Martinelli v. Johnson, Case No. 2:15-cv-01733 (E.D. Cal.)

If you purchased Benecol Spreads between January 1, 2008 and December 31, 2011, you may be entitled to payment under the Settlement reached in this case.

Defendants have agreed to pay Settlement Class Members who do not have Proof of Purchase $5 per tub for Benecol Spreads products purchased between January 1, 2008 and December 31, 2011, for up to four (4) tubs of Benecol Spreads in total (i.e., up to $20).

A qualifying “Proof of Purchase” shall mean documentary evidence (e.g., a receipt, a transaction on a store loyalty card) establishing the purchase of Benecol Spreads, the date of purchase, and the purchase price.

The only way to get benefits under this Settlement. You must file a claim by February 25, 2022.

FREE Today I am Mad Children’s Book on Amazon

Free Today I am Mad Children's Book on Amazon If ...
Read More