You are here: Home / Free Samples | Freebies | Free Stuff / FREE American Flag from Ace Hardware
May contain affiliate links. Read disclosure.. Offers were valid at the time of posting, but could expire at any time. All Pictures are for illustration purpose only. Actual product may vary.
Share Share Follow Share Follow View Email 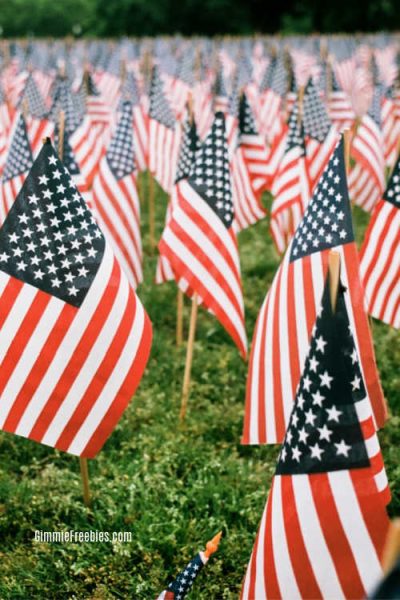 Mark your calendar, because on Saturday, May 29, 2022, Ace Hardware is giving away a million free American flags. They’ve done this for the past few years. you’d love a free USA Flag, then head on down to Ace Hardware on Saturday! Because, they’re giving away a million FREE American Flags to anyone who wants one. They’ll also send a flag to a local VFW Post for every free flag they give away. This is not the first year they’ve given free flags. So, get down to your store while supplies last.

So, on Saturday before Memorial Day, stop in to your Ace Hardware Store. And, pick up a free flag!

This Memorial Day, Ace to collaborate with the VFW to distribute 1 million American flags nationwide.

Ace Hardware is collaborating with the Veterans of Foreign Wars (VFW) once again this year to honor the brave men and women who made the ultimate sacrifice for our country by giving away 1 million American flags nationwide.

As an essential business, Ace Hardware stores remain open to safely serve their neighbors and local communities. Consumers can visit a participating Ace store and receive a free 8” x 12” American flag.* And a second flag will be donated to a local VFW Post to be used for marking and honoring veteran graves this Memorial Day.

Remembering Those Who Gave the Ultimate Sacrifice

“Ace is grateful for the opportunity to once again support VFW Posts across the country to honor our fallen heroes.” said John Surane, Executive Vice President and Chief Merchandising Officer for Ace Hardware. “This Memorial Day, Ace is proud to work with the VFW and our loyal customers to remember and pay tribute to the brave men and women who made the ultimate sacrifice for their country.”

“The VFW is honored to again team up with Ace Hardware to ensure America’s fallen heroes are properly remembered on Memorial Day. It is one of the most important holidays of the year,” said VFW National Commander William “Doc” Schmitz. “Despite uncertain times, it’s vitally important that we pause and remember the service men and women who have made the ultimate sacrifice.”

After all, Ace Hardware’s name is after fighter pilots!

In 2019, Ace Hardware sent a total of 535,000 flags to 2,230 local VFW Posts across the country. The American flag giveaway aligns with Ace Hardware’s long history of supporting veterans nationwide. Ace’s very name is a commemoration of the “Flying Aces,” the courageous fighter pilots from the First World War. Ace’s patriotism continues through the support of its veteran retailers. And, the sincere appreciation for all the veterans and active-duty military who work in Ace stores, distribution centers, and its corporate offices.

*Flags will be available in participating Ace stores, while quantities last. Limit one 8” x 12” flag per customer. No purchase necessary. 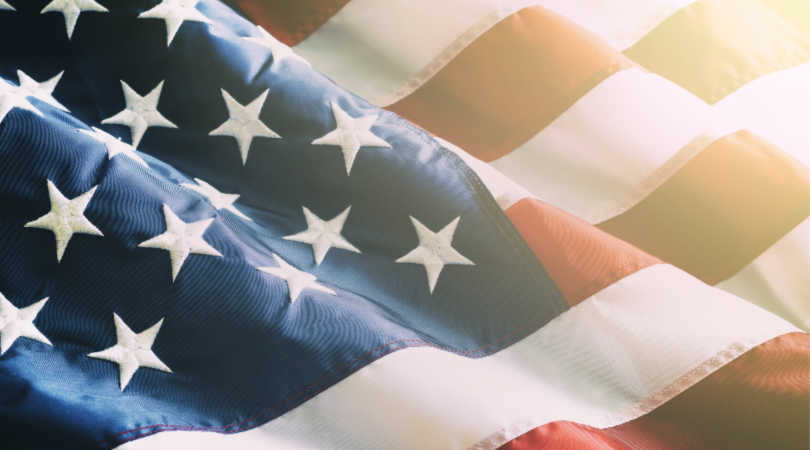 Ace Hardware is the largest retailer-owned hardware cooperative in the world. With more than 5,300 locally owned and operated hardware stores in approximately 70 countries. In 2019, Ace ranked “Highest in Customer Satisfaction with Home Improvement Retail Stores” according to J.D. Power, twelve out of the last thirteen years. Headquartered in Oak Brook, Ill. Ace and its subsidiaries operate an expansive network of distribution centers in the U.S.. And have distribution capabilities in Ningbo, China; Colon, Panama; and Dubai, United Arab Emirates. Since 1924, Ace has become a part of local communities around the world. It is the place with the helpful hardware folks. For more information, visit acehardware.com or newsroom.acehardware.com.

About the Veterans of Foreign Wars (VFW)

The Veterans of Foreign Wars of the U.S. is the nation’s largest and oldest major war veterans organization. Founded in 1899. The congressionally-chartered VFW is comprised entirely of eligible veterans and military service members. From the active, Guard and Reserve forces. With more than 1.6 million VFW and Auxiliary members located in over 6,000 Posts worldwide. The nonprofit veterans service organization is proud to proclaim “NO ONE DOES MORE FOR VETERANS” than the VFW. Which is dedicated to veterans’ service, legislative advocacy, and military