You are here: Home / _Expired / FREE Semi Truck Tractor/Trailer Toy! Don’t Miss!
May contain affiliate links. Read disclosure.. Offers were valid at the time of posting, but could expire at any time. All Pictures are for illustration purpose only. Actual product may vary.
Share Share Follow Share Follow View Email 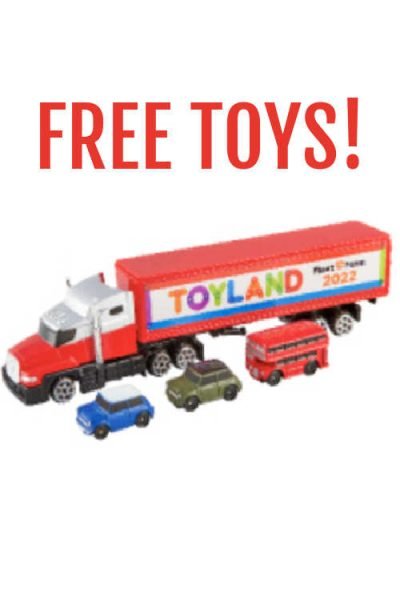 On Saturday, October 15, the first 125 people in each Fleet Farm store will get a free semi truck, tractor/trailer toy. 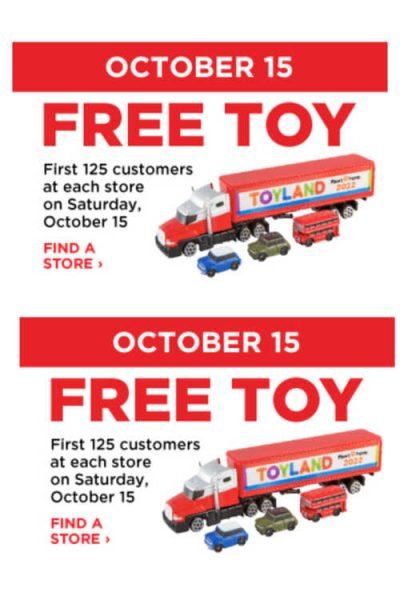 Fleet Farm has locations throughout the Midwest. Formerly Mill’s Fleet Farm, and is in no way related to Blaine’s Farm & Fleet.

Legend has it that two brothers started the original store, feuded, split into two stores, and then never spoke again. However, that’s not true. Not exactly. Actually, there’s no bad blood between any of them.

At that time, the only way to discount items such as what they sold was to be a fleet-type store. So, everyone was doing it. It allowed them to offer lower prices than anyone else could.

It’s true that the stores’ history involved brothers. Mills Companies, which sold cars and automotive equipment, was started by Stewart Mills, whose sons, Hank and Stew, ended up going off to start their own store in Marshfield, Wisconsin, which was eventually named Mills Fleet Farm. Mill’s Fleet Farm was sold in 2018, and dropped the “Mills” part of their name.

Meanwhile, Norman “Bert” Blain and William Claude Blain, brothers, whose father also owned car dealerships in Midwestern Wisconsin, converted a meat market in Janesville into their first Blain’s Farm and Fleet. And the rest, as they say, is history.