You are here: Home / _Expired / FREE Smash Care Package (with Food!) for SMA Syndrome
May contain affiliate links. Read disclosure.. Offers were valid at the time of posting, but could expire at any time. All Pictures are for illustration purpose only. Actual product may vary.
Share Share Follow Share Follow View Email 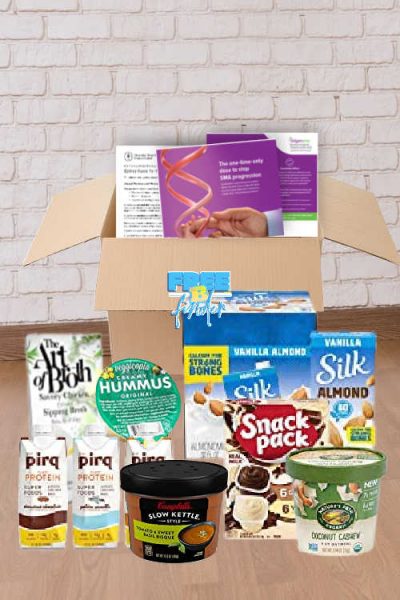 If you or someone you love suffers from SMA Syndrome, then head on over and request a free SMASH care package, complete with snacks and food! The package contains information about your diagnosis, a next steps guide, and food items that others with SMA Syndrome have found useful.

These packages are funded through donations, so please only request one package if you fit the profile.

If you’re newly diagnosed, congratulations! This diagnosis might be scary, and it might seem unfair. But the fact that you now know what’s been causing your pain is a good thing.

What is Superior Mesenteric Artery syndrome?

Superior mesenteric artery (SMA) syndrome is a rare condition that involves the small intestine. The condition occurs when the duodenum (the part of the small intestine that connects to the stomach) is compressed between two arteries – the main artery of the body called the aorta and one of the main branch arteries of the aorta called the superior mesenteric artery (SMA). The SMA provides blood supply to the majority of the small intestine. Compression from the artery which is a muscular structure can prevent food from traveling through the duodenum and leads to bowel obstruction within the small intestine. Bowel obstructions means that food and other substances build up at the point of compression causing widening and damage to the duodenum and the stomach. The most common cause of this condition is significant weight loss as is often associated with medical disorders, psychological disorders, or surgery. As someone loses weight rapidly the normal fat that exists in the abdomen can shrink and cause the angle of the SMA to change, now putting pressure on the intestine. Prompt diagnosis and early treatment are essential to avoid significant complications.