You are here: Home / _Expired / Guinness Stout Mass Class Action Settlement, Claim $10 with No Receipts!
May contain affiliate links. Read disclosure.. Offers were valid at the time of posting, but could expire at any time. All Pictures are for illustration purpose only. Actual product may vary.
Share Share Follow Share Follow View Email 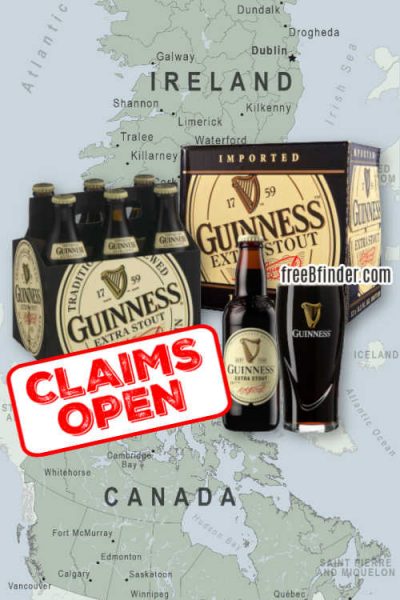 Overview hide
1 Guinness Stout Mass Class Action Settlement, Claim $10 with No Receipts!
1.1 How do I file a claim?
1.2 What’s this settlement about?
1.3 What Products are Included? Where were they sold?
1.4 Who is eligible for a refund?
1.5 Is a receipt required?
1.6 How much will I get back?
1.7 What’s the deadline to file a claim?
1.8 What is a class action lawsuit settlement?
1.9 Want more like this?
1.10 Don’t miss another freebie! Get Instant Freebie Alerts here! Find the Newest Freebies posts here! Then, JOIN all of our FB Groups!

If you purchased Guinness Exra Stout beer in Mass, then you may be eligible for up to $20 in the MA Stout Settlement. Because, the lawsuit alleges that Move Free Advanced is misleadingly labelled as being imported from Ireland when it is actually made in Canada. Defendant denies these allegations. The settlement is known as the Mass Stout settlement. The case is known as O’Hara, et al. v. Diageo Beer Company USA, et al. in the United States District Court for the District of Massachusetts, Case No. 15-cv-14139-MLW.

Head on over to the website, where you can learn more and file a claim. You can file online, and you can also file by mail.

If you purchased a six-pack or twelve-pack of Guinness Extra Stout beer in Massachusetts between December 15, 2011 and September 3, 2015, inclusive, then you are a Settlement Class Member.

Free Two Good Smoothie If you are out and about ...
Read More

Free Fast Twitch Drink If you are out and about ...
Read More