You are here: Home / Free Samples | Freebies | Free Stuff / National Burrito Day 2022 Freebies & Deals at Taco Bell, Chipotle
May contain affiliate links. Read disclosure.. Offers were valid at the time of posting, but could expire at any time. All Pictures are for illustration purpose only. Actual product may vary.
Share Share Follow Share Follow View Email 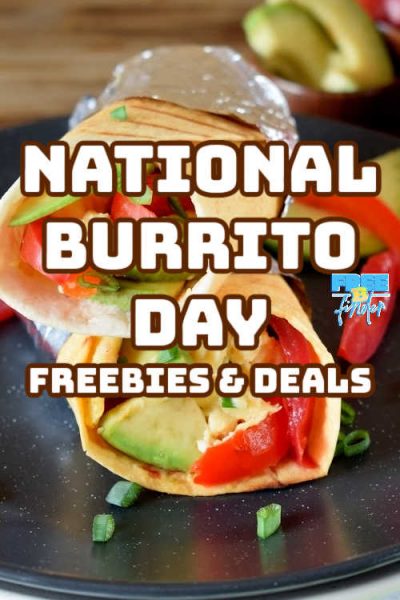 National Burrito Day is Thursday, April 7, 2022. This delicious food holiday is held on the first Thursday of April each year. No matter when you celebrate it, you can enjoy all of these places to get free burritos on National Burrito Day this year!

Where to Get National Burrito Day Freebies & Specials

Mark your calendar, and stay tuned as we update this list for 2022.

Who’s going to celebrate National Burrito day 2022 at Barberitos? This year they celebrated their 22nd anniversary in February. So, we weren’t sure if there would be Barberitos National Burrito Day specials too! Thankfully they will! On Thursday, April 7, you can grab a $6 chicken burrito at participating locations. In addition, guests are encouraged to add any of Barberitos’ unlimited toppings to their entree along with its limited-time offer of mango salsa. Barberitos, a fast-casual Southwestern Grille and Cantina, has more than 50 locations across the Southeast.

This year, National Burrito Day 2022 on April 7th makes everyone a winner! Come into your local CalTort and order a burrito or bowl and get a golden ticket.

Scan the ticket to see your prize and leave with a smile knowing we hooked you up on your next visit!

Everyone can score free queso blanco at Chipotle on National Burrito Day! Simply use coupon code NBD2022 at digital checkout on 4/7 for a free side or topping of queso blanco!

New for 2022 National Burrito Day, Chipotle Mexican Grill is giving away 100,000 free burritos on their virtual restaurant in Roblox (but don’t worry, you can eat them in real life!), starting on Thursday, April 7. Chipotle is a chain Mexican restaurant with locations nationwide, with only 3 states that don’t have one: AK, HI and RI. Stay tuned for their 2022 offers.

Chronic is giving 3x more Chronic Tacos points for National Burrito Day in 2022! Founded in 2002, the Southern California-based brand has over 60 locations operating across the United States, Canada and Japan.

Last year, Del Taco offered a Buy One Epic Burrito, Get One Free deal to celebrate National Burrito Day. You need  the app to get these types of offers. They were introducing their new sauce flavor. Del Yeah (formerly Raving Fans) eClub members also get freebies on their birthday! Del Taco has over 600 restaurants. Most Del Taco locations are in California. Del Taco also operates in AL, AZ, CO, FL, GA, ID, MI, NV, NM, OH, OK, OR, SC, UT, and WA.

They have free delivery through April 11, but haven’t announced a special for National Burrito day. They have locations in NYC/NJ and Chicago. Join their rewards club and get $6 off your first order, plus free chips and guac when you refer friends!

April 4, 2022: New and existing Loco Rewards members can receive double points on all burrito purchases, including the new Mexican Shredded Beef Birria Burrito Box, on April 4 only. Double points will be automatically awarded to loyalty accounts on qualifying purchases.

April 6, 2022: Anyone who buys a $20 eGift Card via the El Pollo Loco app or website will receive a Free Burrito offer, valid until April 30. The Free Burrito offer includes the new Mexican Shredded Beef Birria Burrito.

National Burrito Day, April 7, 2022: New and existing Loco Rewards members will automatically receive a special BOGO Burrito (Buy One Get One Free Burrito) reward valid on April 7 only; tax not included. The offer is valid for all burritos, including the new Mexican Shredded Beef Birria Burrito Box. Additionally, FREE delivery will be applied to all delivery orders on April 7 only; no minimum purchase required. Source: press release

Pollo Loco always has free chips & guacamole! You must be a member of the Loco Rewards club to get this offer. El Pollo Loco are located in Arizona, California, Nevada, Texas, Utah, and Louisiana. You also get free food on your birthday as a club member.

Last year, folks in the New Orleans area could score a $5 burrito – normally $13 – on National Burrito day at Felipes. Stay tuned for this year’s announcement! 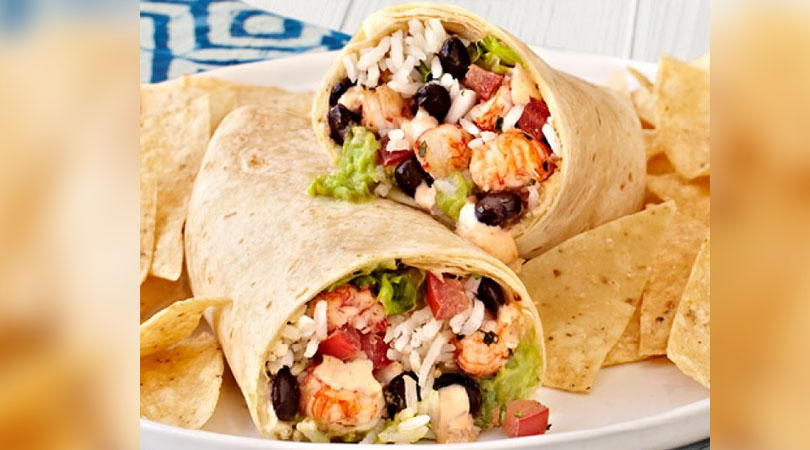 No plans for National Burrito Day 2022? You do now! If you’re in SoCal, don’t miss Miguel’s! There is a full-service Miguel’s California Mexican Cocina Restaurant in Corona at the Shops at Dos Lagos; and, 21 Miguel’s Jr. fast food restaurants throughout the Inland Empire and Orange County.

No plans for National Burrito Day 🌯 next Thursday? Guess what? You do now!

Last year, Moe’s celebrated National Burrito day nationwide with $5 burritos all day. Of course, Moe’s rewards members get a free cup of queso any time, so don’t miss that. There are over 680 locations nationwide.

Last year, you could score two burritos (chicken or beef) for $6 on National Burrito Day at Old Mexico located in Gadsden, Alabama.

In celebration of the big tournament this weekend (the NCAA basketball tournament, also known as March Madness, now down to the Final Four, and runs through April 4’s championship game), as well as National Burrito Day on April 7th, Pancheros Mexican Grill is launching two promotions for its loyalty program members and mobile app users.

“In the spirit of the big tournament this weekend, we want to help our fans stay glued to the madness of the games by delivering burritos right to their door. And, we can’t let National Burrito Day go by without surprising some lucky fans with our Burritos Better Built,” says Rodney Anderson, founder and president of Pancheros. “We have such an incredible fanbase and we love to come up with exciting deals and promotions to reward our loyal customers.”

In 2021, you could get free delivery with code IMPOSSIBLE. Stay tuned and we’ll update as soon as they announce 2022’s special! Sign up for Qdoba rewards for specials and freebies all year. Qdoba has 700 locations in 47 states, the District of Columbia and Canada.

Grab $6.99 burritos at Rubios for National Burrito Day 2022. Rubios has locations in California, Arizona and Nevada.

Believe it or not, you can get free Taco Bell any time of the year! Just head on over and sign up for their rewards program, and they’ll give you a free Doritos Loco taco. You can also get discounted delivery deals with Uber Eats.

Tijuana Flats has specials regularly in their app, so keep an eye on their socials to see what they have in store! They have locations in IN, VA, NC, and FL.

Head on over to Willy’s and join the Burrito Heads club, to take 50% off any time. They have around 30 locations in Georgia.

Free Airwick Scented Oil Warmer and Blue Stop Max Don't forget to stop by the Freeosk this week at your ...
Read More

Free Full-Size Cat Litter! *Freebate* Attention cat owners! Check out this awesome freebie for your kitty! Cat Lovers, rejoice! Because ...
Read More
Links on this website may contain sponsored content. Offer was valid at the time of posting, but may be limited and could expire at any time. All trademarks belong to their respective owners. Not sponsored by, endorsed by, or affiliated with Facebook, Twitter, Instagram. Please make sure you review our privacy policy, terms of service and disclaimer before using the site. Wendy Larson is a participant in the Amazon Services LLC Associates Program, an affiliate advertising program designed to provide a means for sites to earn advertising fees by advertising and linking to amazon.com and affiliated sites.

Win a Trip for 2 to Durango Colorado

Free RareEssence Stress Relief Roll-On Would you like to try ...
Read More