You are here: Home / Coupons / National Pepperoni Pizza Day 2022 Freebies & Deals (9/20)
May contain affiliate links. Read disclosure.. Offers were valid at the time of posting, but could expire at any time. All Pictures are for illustration purpose only. Actual product may vary.
Share Share Follow Share Follow View Email 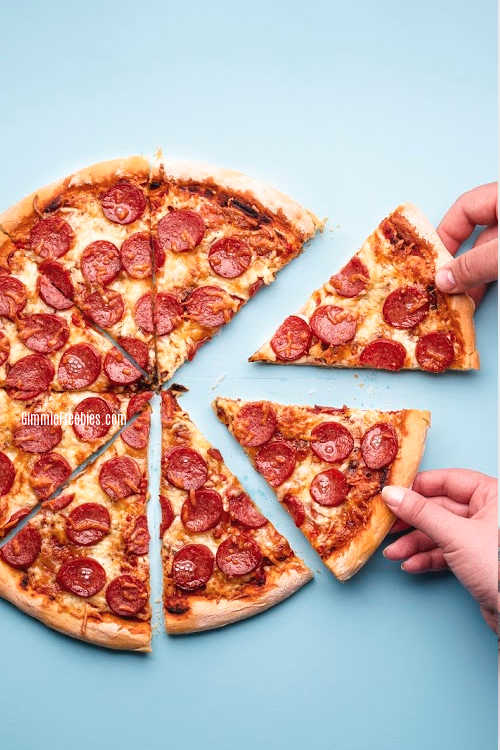 National Pepperoni Pizza Day is September 20, 2022. And, we’ve got the hottest freebies and deals from Pizza Hut, Domino’s, Papa John’s and more!  If you love pizza, then you need to read this! Of course, we love pizza. I mean, who doesn’t? So, we’ve put together a big list of places to snag free or cheap pizza because it’s time to commemorate this favorite treat.

Not to be confused with all the other days celebrating pizza:

And, we say the more the tastier! In other words, we’re all for celebrating a tasty pizza pie anytime with discounts, freebies and cheesy, doughy goodness!

Undoubtedly, pizza is an Italian dish that’s loved my many worldwide.

“…In 1889, Raffaele Esposito created the “Pizza Margherita”. He topped it with tomatoes, mozzarella and basil, to represent the colors on the Italian flag.” Source Wikipedia 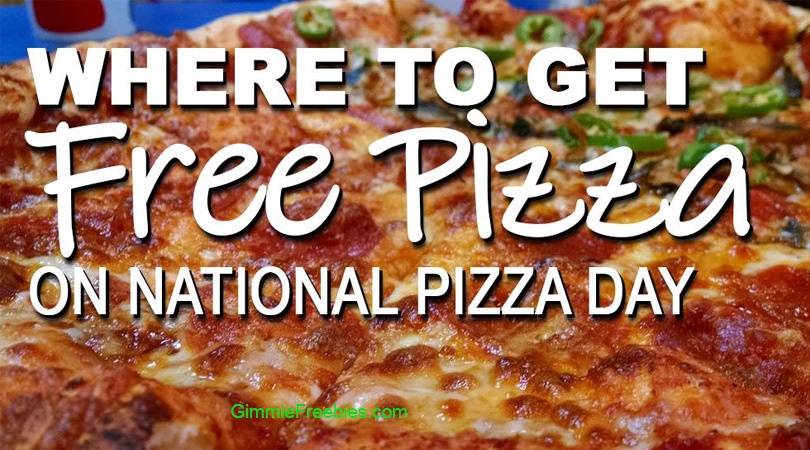 Here’s where to get your free pizza on National Pizza Day!

As always, offers are being updated from last year, as soon as they’re announced for this year.

Free samples of Sweetheart Polar Pizza, in past years. Nothing for 2022 — yet!

In addition to celebrating its namesake’s national day, enjoy a free small plate (appetizer) when you sign up for CPK Rewards. And, get more freebies on your birthday! CKP has nearly 200 restaurants worldwide, 12 international cities, and 8 countries and U.S. territories.

While this may not seem like it should be in this list, cauliflower pizza is actually pretty darn tasty and perfect for anyone on a low carb keto diet. Stay tuned for deals!

National Pizza Day specials – stay tuned and sign up for Casey’s rewards to learn of discounts first. Casey’s are in 16 states, with more than 2,300 store locations.

Additionally, when you sign up for the Chuck E Club (it’s free!), you’ll get a coupon for pizza and drinks, and free pizza on your birthday.

Equally important, don’t get distracted by this squirrel! Last year they featured dollar pizza slices all day at the Crafty Squirrel! They are located in Saint Petersburg, Florida.

By contrast, Domino’s Pizza always has a deal. In the past, they offered a 3-topping pizza for $7.99 carry out special. Additionally, you could get two or more items for $5.99 each from a special menu.

Last year, Einstein Bagels celebrated National Pizza Party day for the first time. So, join Shmear Society Rewards now, and you could get a coupon to celebrate! Of course, you’ll also get free bagel & schmear just for signing up here! Einstein Bros. is proud to be the largest bagel retail company in America with more than 700 locations in 40 states and the District of Columbia

Fire Pit in Atlanta, GA, has been known to offer discounts on National Pizza day. However, they haven’t announced their 2022 specials yet. So, stay tuned!

If you head to Hungry Howie’s Pizza, then you’re sure to get a hot deal on National Pizza Party Day. Hungry Howie’s has grown to over 550 locations in 20 states.

Again, Little Caesar’s Pizza Pizza guy brings us great deals for the holiday. So, stay tuned for the latest info!

Once again, Marco’s pizza should have awesome freebies & deals on National Pizza day. Marcos now has over 1,000 stores across 34 states with locations in Puerto Rico and the Bahamas.

Each year, Mazzio’s Italian Eatery celebrations this national day with a hot special for its patrons. Located mainly in the central part of the United States, there are 140 Mazzio’s restaurants in 10 states.

If you don’t want to miss Old Chicago’s pizza day special, then join their OC Rewards club to get great offers and freebies. For instance, you’ll get a free appetizer as soon as you join and again on your birthday! Old Chicago operates in 24 states with more than 100 restaurants nationwide

Even Olive Garden celebrates National Pizza Party Day! After all, they’re a hotspot Italian eatery, even if they’re not known for their pizza. With over 900 restaurants nationwide, there are only 4 US States and Territories without any Olive Garden locations.

Notwithstanding, if you head to Papa Gino’s on pizza day, you’re going to get a great deal. There are 81 Papa Ginos locations in the Northeastern United States.

On the other hand, Papa Johns has great deals all year long, especially on National Pizza day!

If you sign up for Papa Murphy’s email or text, then you’ll get hot coupons to save even more! Use coupon code 25OFF at checkout! Papa Murphy’s take-and-bake pizza franchise has more than 1,300 locations across the United States, Canada and UAE.

In fact, Pizza Hut always has extra coupons to save money on pizza day. And, you can earn free pizza all year long when you sign up for Hut Rewards loyalty program.

So, Pizza Patron is never early with their National Pizza Day specials. However, we’ll share as soon as they do! They have several locations in Texas.

Indeed, if you grab the myPilot app, then you’ll get a free slice of pizza at Pilot and Flying J Travel Centers. Or, at least that’s what they usually do. But, we haven’t been able to confirm this for 2021.

Last year, Blaze Pizza gave free large pizzas through Postmates. After all, nothing tastes better than free! In truth, we’ll be updating this years’ offer as soon as its available.

Before, they’ve offered coupons for your online order on National Pizza Party Day. So, stand by and we’ll update when we find this year’s. Real Good Foods products are sold in grocery stores across the nation.

Naturally, Round Table Pizza has the Roundtable eClub loyalty program. And, when you join you’ll get money-saving coupons right away! There are 400+ locations in 7 states: Alaska, Arizona, California, Hawaii, Nevada, Oregon, and Washington.

While not exclusively for Pizza Day, this is a pretty sweet free deal! Sign up for the Sbarro email club and get a free slice of NY XL pizza with a drink purchase! There are approximately 600 Sbarro locations worldwide.

Certainly, when you sign up for UNOs Extras email club you’ll get a free individual pizza! Because, what’s better than free pizza?! Plus, on National Pizza day they’ll have even more specials. There are 100 Uno Pizzeria & Grill restaurants found in 20 states (most are on the East coast and central U.S.), the District of Columbia, Honduras, Qatar, India, and Saudi Arabia.

Free Actual Veggie Burgers (Freebate) Have you tried veggie burgers yet? Right now you can score a free pack of ...
Read More

Free Laffy Taffy at Casey's General Store Check your app for this offer. If you have this offer, stop by ...
Read More

Free Fish-Free Tuna Alternatives! If you love getting great freebies, then this is one you need to go for! So, ...
Read More
Links on this website may contain sponsored content. Offer was valid at the time of posting, but may be limited and could expire at any time. All trademarks belong to their respective owners. Not sponsored by, endorsed by, or affiliated with Facebook, Twitter, Instagram. Please make sure you review our privacy policy, terms of service and disclaimer before using the site. Wendy Larson is a participant in the Amazon Services LLC Associates Program, an affiliate advertising program designed to provide a means for sites to earn advertising fees by advertising and linking to amazon.com and affiliated sites.