You are here: Home / News / Class Action Lawsuit Notices / Pork Class Action Settlement, Claim Up to $200 with No Receipts!
May contain affiliate links. Read disclosure.. Offers were valid at the time of posting, but could expire at any time. All Pictures are for illustration purpose only. Actual product may vary.
Share Share Follow Share Follow View Email 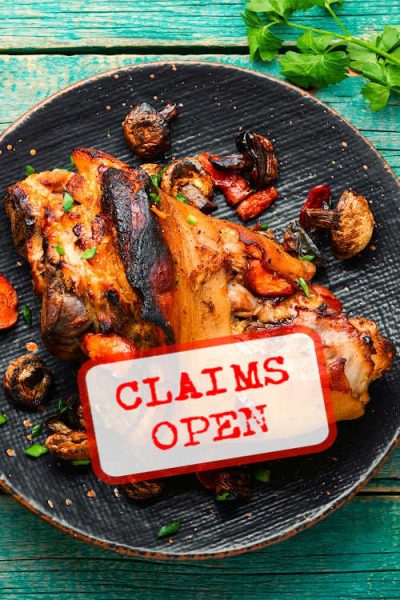 Pork Class Action Settlement, Claim Up to $200 with No Receipts!

Overview hide
1 Pork Class Action Settlement, Claim Up to $200 with No Receipts!
1.1 How do I file a claim?
1.2 What’s this settlement about?
1.3 What Products are Included? Where were they sold?
1.4 Who is eligible for a refund?
1.5 Is a receipt required?
1.6 How much will I get back?
1.7 What’s the deadline to file a claim?
1.8 What is a class action lawsuit settlement?
1.9 Want more like this?
1.10 Don’t miss another freebie! Get Instant Freebie Alerts here! Find the Newest Freebies posts here! Then, JOIN all of our FB Groups!

If you purchased pork during the time frame indicated, you may be entitled to a payment. This alleged price fixing class action lawsuit is called In re Pork Antitrust Litigation (Indirect Purchaser Actions), Case No. 0:18-cv-01776 (D. Minn.) and is pending in the United States District Court for the District of Minnesota.

Indirect Purchaser Plaintiffs allege that Defendants and their co-conspirators conspired and combined to fix, raise, maintain, and stabilize the price of Pork products, as of January 1, 2009, with the intent and expected result of increasing prices of Pork products in the United States, in violation of federal and state consumer and antitrust laws.

JBS has denied all allegations of wrongdoing in this lawsuit and would allege numerous defenses to Plaintiffs’ claims if the case against it were to proceed.

All persons and entities who indirectly purchased Pork from any of the Defendants or any co-conspirator, or their respective subsidiaries or affiliates, for personal use in the United States from January 1, 2009, through April 2, 2021.

All class members are members of the nationwide class. Only class members in the following jurisdictions are eligible to recover money from the settlement funds: Arizona, California, District of Columbia, Florida, Hawaii, Illinois, Iowa, Kansas, Maine, Massachusetts, Michigan, Minnesota, Mississippi, Missouri, Nebraska, Nevada, New Hampshire, New Mexico, New York, North Carolina, North Dakota, Rhode Island, South Carolina, Tennessee, Utah, Virginia, and West Virginia. These states allow for standing of indirect purchasers, the class alleged here. If you satisfy these criteria, then you are a member of the Settlement Class, subject to the exception listed in the answer to Question 6 below.

You do not need to provide any documentation at this time. However, the Settlement Administrator may ask for additional information or documentation to support your claim.

Unknown. If the settlement is approved, JBS will pay $20 Million to the settlement class. It is estimated between $20 – $200, however that has not been decided.