You are here: Home / News / Class Action Lawsuit Notices / Sporting Goods Class Action Settlement, Claim $20 with No Receipts!
May contain affiliate links. Read disclosure.. Offers were valid at the time of posting, but could expire at any time. All Pictures are for illustration purpose only. Actual product may vary.
Share Share Follow Share Follow View Email 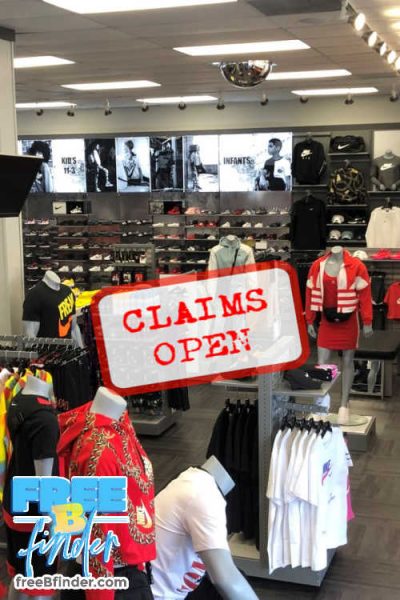 Overview hide
1 Sporting Goods Class Action Settlement, Claim $20 with No Receipts!
1.1 How do I file a claim?
1.2 What’s this settlement about?
1.3 What Products are Included? Where were they sold?
1.4 Who is eligible for a refund?
1.5 Is a receipt required?
1.6 How much will I get back?
1.7 What’s the deadline to file a claim?
1.8 What is a class action lawsuit settlement?
1.9 Want more like this?
1.10 Don’t miss another freebie! Get Instant Freebie Alerts here! Find the Newest Freebies posts here! Then, JOIN all of our FB Groups!

Did you make a purchase at a physical Hibbett, Sports Additions or City Gear retail store located in the United States, using a credit or debit card between December 15, 2020, and February 23 , 2022? You could receive part of a $6 Million Class Action Settlement. The settlement is known as Cliatt, et al. v. Hibbett Retail, Inc., et al., Case No. CV-2022-900008. The Court in charge of this case is the Circuit Court of Barbour County, Alabama, Eufaula Division. Judge Burt Smithart presides over the case.

The class action lawsuit alleged that receipts issued by Defendants at its Hibbett, City Gear and Sports Additions stores for point-of-sale credit and debit card transactions displayed more than the last 5 digits of the card number, in violation of FACTA. The Court has not decided who is right.

Purchases made at Hibbett, Sports Additions or City Gear retail stores. They have locations in 35 states.

As of January 29, 2022, the company operated approximately 1,096 retail stores, which include 900 Hibbett Sports stores, 179 City Gear stores, and 17 Sports Additions athletic shoe stores in 35 states. Hibbett Sports, Inc. operates sporting goods stores in small to mid-sized markets, in the Southeast, Southwest and lower Midwest regions of the United States. States with the most stores are Georgia (97), Texas (97), and Alabama (90). Its stores offer a range of athletic equipment, footwear and apparel. – Wikipedia

All persons in the United States (i) who, when making payment at a Hibbett, City Gear, or Sports Additions retail store located in the United States, (ii) made such payment using a credit or debit card (iii) and for whom Hibbett, City Gear, or Sports Additions printed a point-of-sale receipt (iv) which displayed more than the last 5 digits of the credit or debit card (v) between December 15, 2020, and February 23, 2022.

Proof of purchase is not required.

Each Participating Claimant who submits a timely and valid Claim Form to the Claims Administrator or is otherwise authorized to receive benefits under the Settlement Agreement shall be entitled to a single payment of up to $20.

If you submit a valid Claim Form by February 8, 2023, you will receive the Settlement Benefit, and will give up certain rights to sue the Defendants.

Win a Cruise For Two to The Caribbean or Mexico

Win a Cruise For Two to The Caribbean or Mexico ...
Read More

Free Glade Warmer While you are out and about don't ...
Read More

Free “In God We Trust” Decal

FREE MALIN+GOETZ Retinol Correcting Serum! If you are a PopSugar ...
Read More