You are here: Home / _Expired / Western Digital Hard Drive Class Action Settlement, Claim with No Receipts!
May contain affiliate links. Read disclosure.. Offers were valid at the time of posting, but could expire at any time. All Pictures are for illustration purpose only. Actual product may vary.
Share Share Follow Share Follow View Email 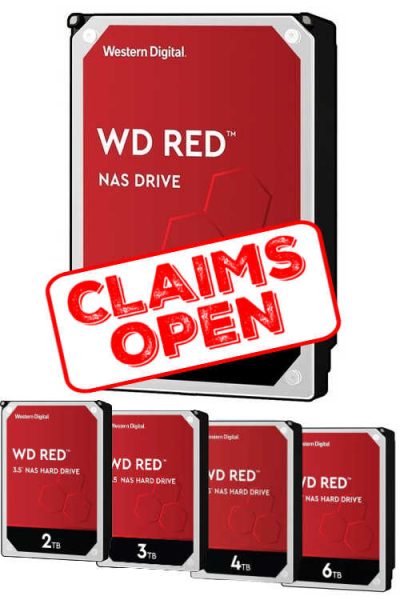 Overview hide
1 Western Digital Hard Drive Class Action Settlement, Claim with No Receipts!
1.1 How does one file a claim?
1.2 What’s this settlement about?
1.3 What Products are Included? Where were they sold?
1.4 Who is eligible for a refund?
1.5 Is a receipt required?
1.6 How much will I get back?
1.7 What’s the deadline to file a claim?
1.8 What is a class action lawsuit settlement?
1.9 Want more like this?
1.10 Don’t miss another freebie! Get Instant Freebie Alerts here! Find the Newest Freebies posts here! Then, JOIN all of our FB Groups!

How does one file a claim?

Plaintiffs alleged that Western Digital represented its “WD Red NAS” hard drives to be designed and suitable for use in NAS (Network Attached Storage) devices because the drives use “SMR” (Shingled Magnetic Recording) technology. Nicholas Malone, Chris Ayers, James Backus, Brian Conway, David Eaton, Steven Gravel, James Raaymakers, and Tod Weitzel are the plaintiffs in the filed class action lawsuit against Western Digital. The operative complaint in this case is available on this website. Western Digital denies these allegations, denies that SMR is inferior technology, or that it did anything wrong. Defendant contends that its SMR-based Red NAS drives were designed and extensively tested for use in the applications for which they were marketed, and Western Digital believes that the drives perform well in, and are suitable for use in, NAS devices employed in appropriate applications and workloads.

The specific hard drive models are:

All persons in the United States (including its states, districts or territories) who purchased a WD Red NAS Drive using Shingled Magnetic Recording (“SMR”) technology between October 2018 and July 21, 2021.

Purchasers of WD Red NAS Drives with 2TB capacity (WD20EFAX) or 3TB Capacity (WD30EFAX) will receive at least $4.00 for each drive purchased, subject to pro-rata adjustment, if applicable.

Purchasers of WD Red NAS Drives with 4 TB capacity (WD40EFAX) or 6TB capacity (WD60EFAX) will receive at least $7.00 for each drive purchased, subject to pro-rata adjustment, if applicable.

If the amount used to pay eligible claims is less than the full value of the Settlement Fund (after payment of fees, costs, notice, administrative costs, and service awards), then each claimant’s recovery will be increased on a pro rata basis up to a maximum of 85% of the Manufacturers Suggested Retail Price (MSRP) value of the drive purchased. The MSRP value that will be used for a pro rata adjustment will be as follows: 2TB (MSRP $84.99); 3 TB (MSRP $106.99); 4 TB (MSRP $119.99); 6TB (MSRP $179.99).

Free Among Us GLOW IN THE DARK Action Figure! (HTC)

Free Among Us GLOW IN THE DARK Action Figure! If ...
Read More

FREE NatruCare Skincare Sample! Hurry and sign up for this ...
Read More