You are here: Home / _Expired / Zynga Gaming Class Action Settlement, Claim with No Receipts!
May contain affiliate links. Read disclosure.. Offers were valid at the time of posting, but could expire at any time. All Pictures are for illustration purpose only. Actual product may vary.
Share Share Follow Share Follow View Email 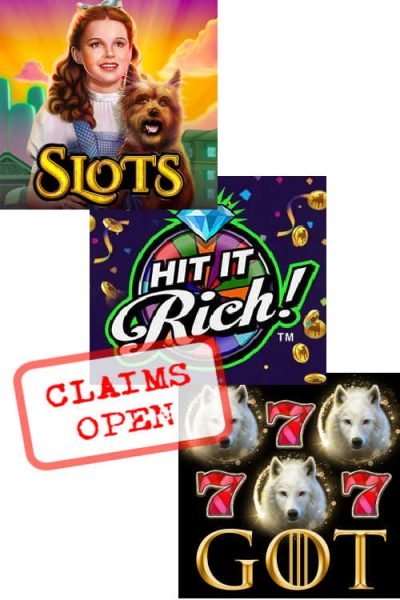 Overview hide
1 Zynga Gaming Class Action Settlement, Claim with No Receipts!
1.1 How do I file a claim?
1.2 What’s this settlement about?
1.3 What Products are Included? Where were they sold?
1.4 Who is eligible for a refund?
1.5 Is a receipt required?
1.6 How much will I get back?
1.7 What’s the deadline to file a claim?
1.8 What is a class action lawsuit settlement?
1.9 Want more like this?
1.10 Don’t miss another freebie! Get Instant Freebie Alerts here! Find the Newest Freebies posts here! Then, JOIN all of our FB Groups!

If you played any of the listed Zynga games during before June 28, 2022, in the state of WA, you are eligible to file a claim to potentially receive part of the $12 million settlement. The lawsuit is known as Ferrando et al. v. Zynga Inc., Case No. 2:22-cv-00214-RSL in the Western District of Washington.

Head on over to the website, where you can learn more and file a claim. You can file online with or without a unique ID.

A settlement has been reached in a class action lawsuit against Zynga Inc. (“Zynga”), alleging claims under Washington state law based on the sale of virtual chips in the following social casino-style games: Hit It Rich!, Black Diamond Casino, Game of Thrones Slots, Wizard of Oz Slots, and Willy Wonka Slots. Zynga denies all claims and that it violated any law, but has agreed to the settlement to avoid the uncertainties and expenses associated with continuing the case.

You are a Settlement Class Member if you played Hit It Rich!, Black Diamond Casino, Game of Thrones Slots, Wizard of Oz Slots, and/or Willy Wonka Slots while in the state of Washington on or before June 28, 2022.

Those who file timely and properly completed claims will be eligible to receive a share of the Settlement Fund. Your share will depend on, among other things, (1) the total dollar amount of in-game purchases you made while playing Hit It Rich!, Black Diamond Casino, Game of Thrones Slots, Wizard of Oz Slots, and/or Willy Wonka Slots, with those who spent more money receiving a higher percentage back, and (2) how many Settlement Class Members submit claims.

EVERYONE Gets Free $5 for Quick Easy Survey (HURRY!)

Free Coca-Cola Keychain I am always looking for a spare ...
Read More
Go to mobile version